My faith in humanity has been restored

I have to admit, I have been dwelling on the dark side. I have been thinking too much about problems, people, myself people with problems and all of the world's problems. It makes for poor sleep, bad attitudes and a short-fused Momma. The other day, I decided, the world is not as dark as I thought.


I just returned from a great visit with my Dad and my step-mother or his wife in sunny Arizona. I can't stand the term step-mother for it's evil connotations throughout children's literature. I dislike calling her my Dad's wife, that is like a possession of his, it just doesn't sound right. I don't really want to call her by her first name, I feel it isn't respectful. So I call her Grandma because that is what she is to my boys. It's Pops and Grandma. Back to my visit to Pops and Grandma's.

If you have read my blog for more than a week or so, you will know that I tend to owe the library money, often, like too often. They have now gotten to the point when I walk in, I think, they are rubbing their hands together. Especially when I check out a DVDs. In the world of serious budget cutbacks, they need me to forget to renew their silly DVDs. It's a dollar a day for late fees on a DVD. Just last night, they were laughing at my $2.30 fee. They know I wait until it gets over $10. Then I just write a check, and it's considered a tax deduction, or charitable giving. Back to my visit.
One of the first things I do when I arrive in town is go to the local library. This library is top notch, even though I was informed by another home schooling mom in the area that is not the best one. Compared with my many small town libraries, this one is terrific. There are multiple copies of many books, a huge selection of  series fiction for Paperboy and even great Veggietale movies. I like to have books with me, it comforts me and gives the kids some thing to do when there is 'down time'.
I was impressed at the check out. I scanned our books in a self-check out. It was just like the grocery store experience. I even got a printed receipt. Which little did I know would come in handy later on.


Another fun thing happened at the check out. The librarian invited Little Guy to participate in craft and snack time. Little guy was able to make a sweet fishbowl picture with chalk, construction paper and glue. It was nice to bring home something for Grandma. Of course in my purse, I had no camera, but I did have a snack, that fits in with Little Guy's diet. It was poor, but great timing!


Back to my library sins, my procrastination and my ability to inconvenience others. As I was packing, the hour before I was leaving for the airport, I carefully checked that each library book was in the return pile. Wait, there were three missing. Oh No! My dad looked everywhere, even checked the church. We called the restaurants we ate in. They were nowhere around. Wait! Maybe they were left the night Little Guy was an angel when we went out for pie. The night he slept with his head on the table because he was so jet lagged. I must have brought the books in there for him to read and forgot them. Diane, our fellow pie-eating friend, called. No books. I started feeling like a loser. Because, you know I am. I always lose things. But now I have shamed my father's name. I lost books checked out on his library card.


He's a pretty gracious guy. While I am figuring how much a library edition of a discontinued  early reader desert book is going to cost me, Pops is still looking. He went to the library website, because he checks online first for anything he does, because he is a high tech Pops, and checked online for the titles. He has no books checked out. Apparently some kind soul, who I am eternally grateful to, had found the books and returned them to the library for me. He wanted to double check, so he stopped in to find out in person what happened. Yes, someone returned them. But you do have a fine from along time ago Mr. Pops. He being a good guy, felt bad, he had to pay his fines. 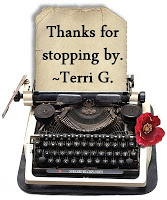 That's a great story! So nice of that person to return them. I had my wallet stolen once (really made me doubt humanity in general!) Then, someone found the insert with the credit cards, SS card, and driver's license in it and returned it to our old house as that was the address on the license still. The people that bought the house called us and returned it to me. They restored my faith in humanity! So nice when something like that happens.

I love that library's have so much info available online for us now!