My Story Monday: The Angry Paperboy

It was his third day at work. His Mom and Dad have other commitments in their life. Ones that aren't to be interrupted to chauffeur him home from work. He was glad they trusted him at only fourteen to work and arrive home safely. Dad remembered to give him a set of keys to get in the house just before he dropped him and his bike off. After hovering over a toaster for 4 hours making wheat toast, white toast and dry toast, the cool outside air felt refreshing. For about a minute. This December day was frigid. Riding his bike home from work wasn't the same as last summer. The seven mile ride in the 30 degree weather made it unbearable. At least the intermittent hills kept his body warm. He rode as hard as he could up and coasted down the hills squinting. The wind was tearing his eyes. He couldn't wait to get home.

He parked his bike out back and tried the key.


"What the heck is wrong with this key?" He tried it again and again. And again. Rage was clouding his mind.


"That's o.k." he thought. I can break in. He tried the other three doors. No way. Maybe the key fits in the back door.


He was cold and really angry. Self pity was creeping up on him, but anger won out. He threw the keys accross the walkway into the leaves that had collected in the side yard. That was stupid. His dad will not appreciate it if he lost his set of  keys. He had to find them. His parents wouldn't be home for at least another hour. He had an hour to find the keys. Getting inside became an old thought.


Now he was livid, hot from anger. But still cold. Rustling through the leaves desperately looking for the keys, he was too frustrated to pray. He finally found the lost useless keys and strangely, a plastic case.


He picked up the garage door opener. He was inside in a moment.

Psalm 139:1-4
O LORD, you have searched me
and you know me.
You know when I sit and when I rise;
you perceive my thoughts from afar.
You discern my going out and my lying down;
you are familiar with all my ways.
Before a word is on my tongue
you know it completely, O LORD.

This is a true story, I praise God as I see my children experience His hand touching them. This is an answer to my prayer. "Oh Lord may our children know you and see you move as I have so many times. Let it not end with my generation." 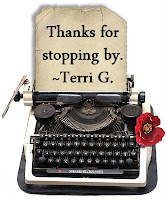